Library resources for researching the 2021 Olympics, plus a variety of interesting facts

Dates and Locations of the Modern Olympics

EKU Alum Jackie Humphrey competed in the women's 100 metres hurdles at the 1988 Seoul Olympics in the Olympics and reached the sem-finals. 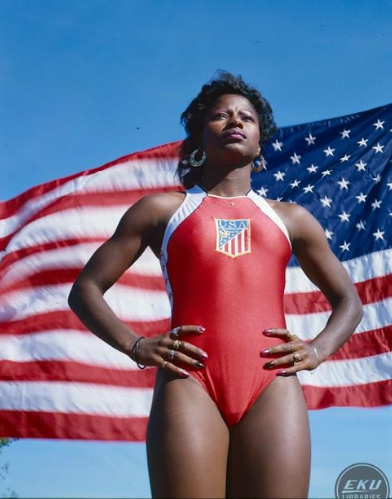 History of the Olympics

“The Olympic symbol consists of five interlaced rings of equal dimensions (the Olympic rings), used alone, in one or in five different colours. When used in its five-colour version, these colours shall be, from left to right, blue, yellow, black, green and red. The rings are interlaced from left to right; the blue, black and red rings are situated at the top, the yellow and green rings at the bottom in accordance with the following graphic reproduction.” (Olympic Charter, Rule 8)

“The Olympic symbol expresses the activity of the Olympic Movement and represents the union of the five continents and the meeting of athletes from throughout the world at the Olympic Games.” (Olympic Charter, Rule 8)

Olympic Symbols - Then and Now